This is the 2nd of 5 posts in the series Note to self.

Yeah, what is a due date?

I think due dates are one of the greatest evils in post-paper-era task systems. Its overly-specific cousin, the due time, can be even more sinister.

It's easy to tell if you have a due date problem.  The most common symptom is a steady stack of angry, red, overdue tasks sitting in your task list. Another symptom is hitting the postpone or snooze button several times a day.

Due dates are easy to abuse because they’re easy to set. The act of setting a due date is one of the most fundamental impulses in human reasoning: “I’ll do it later.”

Granted, due dates are not always the excrement of procrastination. There are plenty of things you need to do in the future that you can’t do right now.

In most cases, however, due dates are a hindrance, not an aid for getting things done.

'Future you' is pissed

I'd like to introduce you to someone new: your future self. You'll likely never meet unless you accidentally fold space or take powerful drugs, but the future you is very real, and you probably abuse the hell out of him. I know I have.

How often do you put yourself in your future self’s shoes when you set a task? If you aren’t looking at things through the eyes of the future you, you’re really overestimating the amount of free time and focus you’ll have down the road.

Most people would agree that too much debt is a bad thing. This is no different. Abusing due dates is simply over-borrowing. You’re gaining peace of mind today by committing payment by your future self.

Your future self usually gets screwed in the deal because he’s never present at the negotiating table. Imagine if he were.

When due dates – especially due times – come due, they’re often unwelcome. 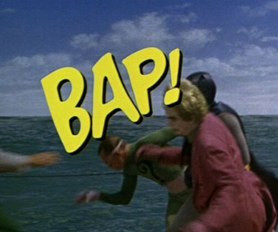 You’re driving down the road, and all of a sudden:

… and other corny onomatopoeias assault your mental state.

You look at your phone, and it’s telling you to pay the water bill, give the dog its pill, TiVo the Bachelor, and start learning Spanish.

Well, crap. What the hell were you thinking when you made all four of these things due at 12:30 pm today of all days? Snooze, snooze, snooze, postpone.

That peace of mind you gained earlier? Spent. The piper (or rather, joker) is here, and you sent him. Yes, you --  your past self -- that idiot boss who has no respect for your time.

Why we disrespect our future self

Tasks come due at inopportune times for several reasons.

Number 3 may seem like the most likely reason for most people, but I think it’s actually the least true.

The biggest problem is number 1. We don’t really understand what a due date is.

Let me be clear what a due date ain’t:

A due date is simply the date on which something really is due. For a task to be due at a certain date or time, it really must be done on that date or at that time. If the task isn’t carried out, life is much worse after.

There are certainly plenty of tasks that require real due dates. The most common are of the recurring variety.

If you have to pay your water bill by July 1 or you’ll incur a penalty, July 1 is a due date. If you have to take a medication every morning at 8 am, then 8 am is a due time every day.

Those things have to be done, or else life is worse afterward.

Want to learn Spanish? That's awesome, but it's probably not time-dependent, assuming you’re not about to take a test or something. And learning Spanish isn’t really a task. It’s a project – a headline for a whole bundle of tasks that let you execute that goal in an efficient sequence. More on that later.

Sometimes this gets blurry, but I think it’s important to be able to recognize the difference. A common example is a phone call. “Call Steve to find out the Verizon iPhone launch date” is a task because there’s no specific time slot in which it needs to occur. “Call Steve on Tuesday at 10 am” because he’s expecting you is a calendar event. While both are pipe dreams, it’s still important to process them correctly in your workflow. Trust me.

This is not about productivity or GTD. It’s about self-respect. Don’t abuse the future you. You’re actually the same person believe it or not. So be respectful of your time, now and later.

Like I said in my first post of this series, the key to making better tasks is giving them more consideration when you set them. Make them worthwhile hurdles. Schedule tasks with the mindset that your future self will get paid back by carrying out the task. Don’t let the modern ease of task creation create a lien on your future well being.

Above all, recognize that your time is limited. If you’re going to commit yourself to a time, make sure you’re not doing it mindlessly.

If you have a story about how you tamed due dates, share it in the comments.

You can find all posts in this series by clicking on tag: note to self.