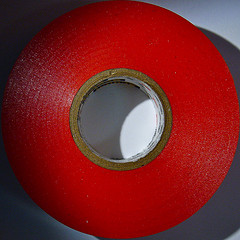 In 1955, historian and writer Cyril Parkinson wrote that “Work expands so as to fill the time available for its completion.”

This maxim ultimately became labeled Parkinson’s Law after he later published a collection of essays on the concept.

Parkinson’s original focus was on rate of bureaucratic expansion over time. (Let’s face it. They tend to get bigger, not smaller.)

[Photo by Julia Manzerova via Flicker]

Fifty-five years after being first uttered, I think Parkinson’s Law is more relevant than ever.

What’s interesting to me is that not only have existing bureaucracies expanded greatly in the last half-century, the occurrence of them has as well. They are becoming more prevalent in even the most granular element of a society: the individual.

Let’s look at the definition of bureaucracy.

I think those of us with zeal for efficiency and productivity can unintentionally impose bureaucracies on our own workflows. Modern task/productivity systems make it really easy to create the illusion of prosperity in the present by over-leveraging the time of our future selves.

The result? Some productivity systems probably make us less productive and certainly less agile. But that's not the worst problem.

Is your system making you better?

If so, how do you define better? Are you getting more done? How do you know?

Let’s say you are getting more done. How are you spending that new found time? Getting even more done? If you’re reading this, most likely, you are. I’m guilty here too. I mean really guilty.

By one study’s measure, at the turn of the 21st century, US workers needed to only work eleven hours to match the productivity of their 1950s versions.

Indeed, productivity has increased exponentially since the 1950s. We're probably working smarter than ever per hour. But we're also working way more hours.

Is Parkinson’s Law keeping us in a working hell of sorts?

If you never cash in on the time you save through your productivity system, you’ll lose it. Remember that, unlike money, time can only be saved so long. Time is one of the most precious human endowments, but you can’t bequeath it. In the end, we spend it all.

How do you fight Parkinson's Law and make sure that you spend some of your saved time on the purely unproductive enjoyment of life?