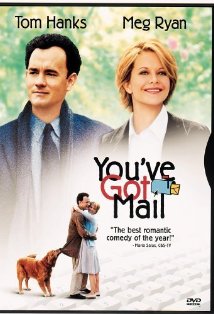 Email was a trendy topic in the 1990s. It was damn cool. How cool? AOL’s then-catchy “you’ve got mail” was so chic, it inspired a freakin’ movie of the same name. Yeah, a movie about email with high-profile stars. That movie hit theaters in 1998. A lot has changed since. Cell phones went from analog to James Bond. 9/11. The Red Sox won the World Series twice. An African American became president of the United States. We had a bad recession, then a “Great” one.

Yes, so much as changed. And so much hasn't.

Like what? Well, email for one thing. Like cockroaches scurrying about in the aftermath of a nuclear holocaust, I think email messages would (and have) survived equally disruptive technological events.

Sure email is passé and the phrase “you’ve got mail” is about as sexy as the AOL bloatware preloaded on a Best Buy PC, but it ain’t going anywhere. Some folks (including yours truly) have even been so bold as to declare email past its prime – a technology that will soon exit the mainstream as people embrace more social forms of communication like the now-terminal Google Wave.

In reality, nothing could be more untrue. Email is going nowhere.

Even with the rise of social media, email is still by far, FAR the most common form of electronic communication. If anything, social networking may be increasing the email habit.

A recent Merkle study [PDF] indicates that social media users are actually more (not less) likely to use email.

Nielsen reports that email is hands down the most popular mobile activity – blowing away social media by a healthy margin. As more and more people trade in their flip phones for iPhones and Android handsets, we should expect mobile email usage to increase even more.

And a survey from Xobni makes it clear that email is a top priority even while on vacation and in bed. About two out of three of us check email outside of regular business hours.

What does email mean to you?

Before you think I’m crazy for asking such a seemingly inane question, consider that email is probably the most frequently occurring activity in your day. It’s probably second only to breathing. You check email way more than you go to the bathroom. Hell, you probably check it there too.

In 1998, an article like this would have been unimaginable. It would have been impossible to fathom that we would be not only this bombarded by so much information, we would seek it throughout the day.

Fact: if you are a typical representative of the connected world in 2010, email defines a significant part of your day – seven days a week. It rules your business day, affects your personal time, and to some extent, it probably affects your dreams.

Just in the last week, I saw a guy on a Harley checking his Blackberry at a red light. I also saw a guy “multitasking” at a urinal.

That’s right. Email is so important now that you would risk wetting your pants so that one hand can check your business email while the other takes care of your business.

Twelve years ago, two-legged mammals didn’t pee at their mailbox. And a guy on a Harley wouldn’t have written his pen pal at a red light.

As I said above, email is passé. But that’s part of the problem -- along with the fact that email is available on every electronic device we touch. We’re so conditioned to let email drip into our system that we don’t even think to question it.

To my knowledge, there are few, if any, schools and businesses that provide education on the art of email management. (Let me know if you know of any.) Instead, there is an implicit social assumption that email is a fact of life. It’s assumed that if email can be improved, it will happen through software refinements.

Let me tell you a secret. Email enlightenment won’t be found through software innovation. No way. Rather, salvation from email will happen when you reformat the solid state memory between your ears.

You can’t “produce” a good or service and email at the same time unless your job title is something like “Reply All Technician” Are you a RAT? I didn’t think so.

Moreover, you can’t (sanely) work in an environment where someone is always tapping on your shoulder. If you let your email client poke you in the ribs every time a new message arrives, that’s the working hell you’re allowing to occur.

It’s just a fact of life: You can email, or you can do other things. You can’t do both – at least not well, and if you’re still reading this, I’m guessing you like to do things well.

Again, what does email mean to you?

Does it mean more than your job title?

Does it mean more to you than your family?

Does it mean more to you than catching some friendly fire at a urinal?

You’ll surely answer “no” to all of the above questions, but perhaps there is a disconnect between what you want email to mean to you and what your actions say? Believe me, in this case, the writer is as guilty as the reader. I’m talking to myself as much as you.

Where are we going from here?

It makes sense to take a very hard look at email habits.

Being practically efficient means looking for the biggest bang first. We can gain the most by seeking efficiencies in our most frequent activities. Even small refinements to things that occur a lot will add up to significant gains.

This article was intended to be a “step 1” article. Step 1 is about the recognition of an opportunity. If you can reclaim even a fraction of the time you spend in email, you will instantly begin accreting more of the most valuable human asset of all: time.

That’s time you can spend being more productive, more focused, more loving, happier, and, if nothing else, being more clear-headed and in control of your day.

I've already done some writing on email strategies, and I'm planning to do a lot more. I'd be very interested in hearing your personal strategies in the comments.