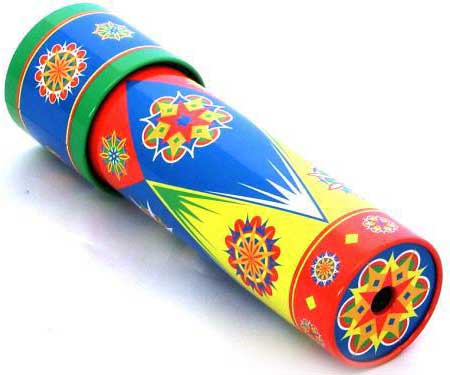 One day we’ll laugh at today’s cute little computer screens. They’re really funny if you think about it.

Before we had computers, we had the whole physical desktop available to do work. We could spread things out. Aligning pages side by side was natural.

But then computers happened. Suddenly our visual workspace shrank to fit a virtual desktop, which itself is just another object sitting next to the pencil holder on our real desktop. Sure, the new one is a desktop of infinite depth, but our eyes can only see the what's visible on that two-dimensional space at any given time. It’s like working through a kaleidoscope all day.

As the cost of monitors has fallen, and as their shape has become more space-friendly, more people have picked up a second, third, or fourth screen. I think this is simply a sign that people want to recreate the arm’s length workspace we used to enjoy.

Now that extra screens are dirt cheap, there’s no question that you should run out and buy more, right? Well, before you make your home office look like a Vegas security room, think about how you’ll use that extra viewing area.

Simply put, additional screens make sense when they’re used to leverage one another. They fail when they compete.

These are all instances where you’re using one screen to “lift” the other.

In these cases, you’re probably better off without the extra screen(s) because your brain is constantly trying to figure out which screen is more worthy of your attention every second.

Two monitors vs one really big one

I’ve tested both setups. Even though a single big screen has the perception of being the same (or better) than two separate screens, I think you’re better off with separate screens (if you have one of the “good” uses above).

The problem with a big screen is that windows are still likely to overlap. It takes constant to effort to size windows. With separate screens, it’s far easier to keep individual windows completely visible.

What’s your optimal number of screens, and how do you use them?