The iPad gets cheaper every day. No, Apple isn’t dropping the price – at least not yet – but with each passing day, more apps are added that expand the iPad’s universe of abilities. If you were to tally up the cost of all the iPad's individual functions on separate devices, you'd get a grand total that would seem way less grand than writing a $499 check.

The latest iPad “price drop” that I’ve experienced is an app called DisplayPad that I discovered via Patrick Rhone. 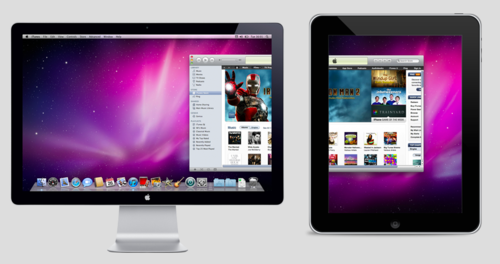 For a mere 99 cents, DisplayPad turns your iPad into a second monitor for your Mac. It connects over Wi-Fi, and setup is nearly effortless. You’ll notice just a little bit of latency when dragging items to the display on the iPad, but it’s very tolerable. The more traffic-free your network, the better it works, too.

DisplayPad can both extend and mirror your Mac's primary display. It even takes advantage of the iPad’s touch screen giving you more versatility:

I was curious about any security issues when using DisplayPad over a network with other people, so I emailed the developer, who replied:

I highly recommend DisplayPad. From the first moment I got my hands on an iPad, I’ve had the urge to use it as a second display because it just seemed like such a natural thing to do. I’ve tried other apps and tricks for making this happen, but they all fell far short of DisplayPad.

Again, you’re getting a second monitor for 99 cents. No brainer.

Also: You might want to check out the Compass Mobile Stand for iPad if you’re using your iPad on a flat surface a lot. It's very sturdy, and it folds into a compact shape that makes it easy to slip in your MacBook bag. It’s my favorite.