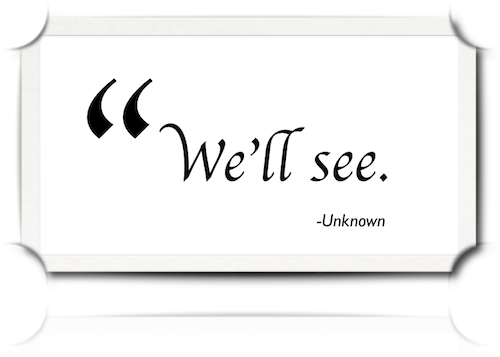 Elvis died, and we were born. I’m not sure our timing could have been any better. The dark ages of medicine were far behind our neonatal backs, and the First World was just getting out of the starting blocks before its most recent run of prosperity.

The Cold War still lingered in the 1980s, but it was ending, and it did end before we were old enough to feel any psychological effects from it. There were also hiccups like the S&L crisis and 1987 stock market crash. Not exactly at the top of the day’s pre-teen minds. Greed was good, and that was good enough for our parents. It was good enough for us.

We spent our teenage years in the 1990s, a modern replica of the prosperous 1950s. The final decade of a century that saw some of the most despicable sides of humanity turned out to be a time when no one much worried about anything.

As we entered our teen years, we were getting a musical identity. Grunge was more real than the clownish, decadent stuff of the 1980s. It belonged to us. And just as we made Kurt Cobain the king of it, he put down his guitar and picked up a shotgun.

It was a symbolic moment amid a Seinfeldian era when American life was so fucking perfect, so devoid of real problems, we had no choice but to create our own, imagined ones. We certainly had none given us by the world.

The only war my generation knows started in the 1990s, but even that wasn’t really a war at all. Certainly not the type of war known by generations prior.

The Persian Gulf War was a Roman gladiator arena brought to our living rooms by modern media. No one was ever fearful of an American loss. Instead of permanent psychological scars, mass bloodshed, and rations, we got a 24/7 feed of laser-guided missiles obliterating buildings, and we watched news anchors virtually high-five commanders in chief over satellite phones.

We were never bothered with the bloody faces of a parallel generation that was too distant and out-of-focus to see through the glass of our North American box seats.

And with the same encouraged excitement of Roman youths 2,000 years before us, most of us were captivated by the show. Society said watch and enjoy. We did and we did. Then we forgot.

Season one of Reality WarTV ended, and we turned our attention to the Real World instead. Future seasons would never be the same. But for typical American teenagers, it didn’t matter anyway.

The only draft we would ever know was four to six percent alcohol by volume. At eighteen, we were going to college, not war.

We blissfully and ignorantly skipped the tech bubble, its messy pop, and we then graduated just as the 21st century’s first recession was ending. Companies were hiring again, and the fiber optic infrastructure that would power our knowledge-based careers had been built with lost money we never knew.

Just as we tuned our ear to the sweet rhythm of a semi-monthly paycheck, we were able to buy homes, ironically, without a paycheck at all. The age of free money and garden tub entitlement was in full swing.

We had it all, and we wanted more. More money, more square footage, more voice – even though we never really knew a life without those things. Above all else, we wanted more information.

I’m not sure any other generation in human history will have the technological perspective of mine. We were born far enough in advance of the internet to know life before the internet. We’re the youngest adults in an era that I believe will ultimately be regarded as the beginning of an information-centric version of the Neolithic Revolution.

We know a now-ancient life when search was exclusively the pursuit of physical objects or information printed on physical objects. We remember distant days of glossaries and Dewey Decimal Systems; days of dictionaries that were too hard to reach.

We learned cursive handwriting. We learned to type on typewriters. We grew up using phones that really were just… phones. We know a time when Hollywood beat Silicon Valley to market.

We’re old enough to remain in awe of mobile devices, the cloud, and social networking, but we’re young enough to use them to better our lives. We’re young enough yet that we can expect to see a pace of technological innovation that would have spanned tens of lifetimes in the past. And we’re unlikely to ever feel a sense of Luddism toward any of it.

If there’s a blight on my cohort’s thirty-something years I suppose it was the second recession of the 21st century. You know, the “great” one we just had. But luckily, we are still young enough that even this downswing will probably prove to be a windfall in the long run. Losing 50 percent of a small number isn’t nearly as bad as 50 percent of our parents’ much larger number. Retirement accounts will be funded for decades yet.

So yeah. We’ve had a good run. Too good?

It often works out that tragedy can be the greatest gift a generation can receive. Tragedy cures a more insidious social tumor: complacency. But for my generation – for now – the gift of tragedy remains wrapped in an unopened box. As for the future, we’ll see.