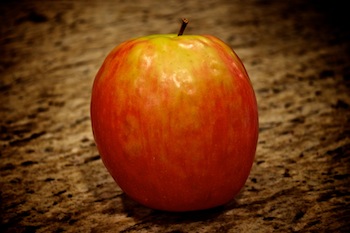 If your business model is to play follow the leader, you’ll always be between their ass and a hard place. And best case scenario, you'll just end up uncomfortably close to their ass.

When Steve Jobs announced the iPad 2, he said the iPad’s competitors were “flummoxed.” By that, I suspect he means Android tablet want-to-makers can’t figure how to create something that 1) works as well as the iPad and 2) actually creates profit.

By some accounts, Apple started working on the iPad as early as 2002. That means competitors weren’t just a year behind when the iPad 1 was released in early 2010. They were nearly a decade behind.

I think Android tablet makers face a simple reality: If you can’t compete head-to-head with the iPad, don’t. Compete around it.

This is exactly what Android did in the smartphone market. Android strolled into a multi-million dollar void called Verizon that was just sitting there for the taking. Competing head-to-head with the iPhone in AT&T’s market would have been stupid.

If you can't beat 'em, go make your own game

Apple sold 15 million iPads in 2010. That’s a big number, but it’s way smaller than the number of people in the First World who don’t yet own a tablet. And as much of a bargain as $500 is, there are lots of people who can’t reach that price for very good reasons.

Android has an opportunity to go after a market that Apple isn’t focused on, but to do that, they need to make cheaper tablets and market them not as iPad competitors, but as solutions to problems for people who can’t afford iPads.

There are good life lessons here.