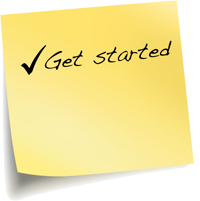 When I decided, sort of on a whim, to announce that I was moving into OmniFocus, I didn’t anticipate the amazing response it ended up getting from readers. Maybe I should have. Even before I downloaded my first trial copy of OmniFocus, people had been asking me whether I used it.

Now that my OmniFocus experiment is well under way, I thought it might be interesting to talk about it as I go.

And since we’re talking about Macintosh-flavored productivity, now’s probably as good a time as any to toss out one of my favorite Merlin Mann quotes:

I’m going to go into more detail about where I’m coming from later – because I think it’s important context to keep in mind before you really take any of my advice on using a powerhouse like OmniFocus. But, that'll come later.

Where I am right now

I’ve been using the Mac OS X version of OmniFocus for three weeks now. It’s already added two important dimensions to my personal project management that required a lot of fiddling in my previous system: task hierarchies and start dates.

A typical, traditional company employees upper management, middle management, and regular employees. If it’s an efficient company, the people at the top are good at looking for long-term opportunity, making decisions about which opportunities to act on, and then delegating tasks to people “on the ground.”

I can already tell that OmniFocus does a great job of letting me compartmentalize my life at high levels using folders, creating goal-oriented projects within the compartments of my life, and then creating actions to move toward my goals.

There are certain things that I have to do every month, but they don’t necessarily have to be done on the same day every month. Further, I can’t always control where I am on, say, the 15th, or whether the 15th falls on a weekend or weekday.

Using a start date / due date combo, I've put three-day bands around certain recurring tasks (e.g. checking the air filters in my home once a month). For me, this just makes more sense than having a hard due date.

I’m also finding start dates to be extremely useful for getting things out of my way that I can’t do for X weeks. For example, I wear a hat as a co-editor for a small quarterly newsletter. There are just some things I can’t do until several weeks before the next issue is due. No reason to see those things any sooner.

Where I’m headed, I think

I just purchased OmniFocus for iPad. I thought long and hard about this one. I mean, it’s another $40 on top of the $80 I’ve already invested in the Mac desktop version. I’m going to talk more the iPad version later, but my first impression is very positive.

Namely: sync works great2, and the forecast view is killer. Walking around my home with the iPad is also much more practical than moving my MacBook Pro from room-to-room.

If you’ve read other recent posts, you also know that I’m finally getting an iPhone on a network that consistently exists in the same location as me. The Verizon iPhone is actually one of the critical reasons I’m now moving into OmniFocus. Remember the Milk – a linchpin in my former system – got me addicted to having mobile access to my action lists, and I see no way that OmniFocus can work (for me) without mobile.

Other things in the pipeline:

I'm not gonna make any promises or guarantees on the frequency of these posts.  They'll just appear as they appear—like everything else here.

I've already gotten some great tips from readers, and I’m hoping to learn even more from you. So, comment, email, tweet, or do whatever you need to do to send me your ideas.